That’s right – seven to ten days! How? Some pretty intense cupping therapy with Jeff at Renu. Intrigued? Here’s the story:

It was one of those things after getting back to life after flu + pneumonia… I tweaked my shoulder, the one which likes 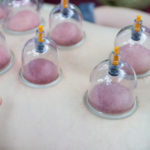 to pop out of its socket anyway, and it felt weird for awhile. Then the pain started.  The pain seemed to be on my deltoid and triceps, and even in my lower arm, so I began cupping myself in those areas that evening and went to bed. I was awakened by intense pain long before my alarm was set to go off — the very same pain I experienced when I had injured the rotator cuff in the same arm 20ish years ago. That pain when the force of gravity pulls your shoulder as you’re lying down and creates agony when you desperately want sleep… those who have injured their rotator cuffs know exactly what I’m talking about… ugh.

I couldn’t believe this was happening. Again. After what seemed a very minor tweaking. I was very worried about how it would affect my ability to work my various jobs of Cupping Therapist, Fitness Instructor, and Accounting Instructor. 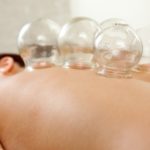 I could barely move my arm that day; the slightest rotation or abduction was excruciating. I did some Googling and found that common areas of referral pain for three of the four rotator cuff muscles were exactly where I was experiencing pain down my arm. Even though I had already figured out it was my rotator cuff as the pain progressed… confirmation is always nice. I knew my shoulder needed some good bodywork – massage is great, but cupping is much, much more effective as it promotes healing in ways that just aren’t possible with compression. Cupping is great for reducing inflammation and swelling, drawing up the non-circulating stagnant blood and sticky proteins found in edema, bringing them up to the surface so that healthy circulation of blood and lymph can be restored to the injured area.

I was so very pleased that the one cupping client I’d had scheduled for that day had cancelled, and there was a bonus! Jeff

had an opening so I could get some proper cupping and massage on all those rotator cuff muscles plus some great myofascial release work. It was intense. It felt different than the regular discomfort of really deep work; it felt like there were injured tissues. But we improved range of motion during that session on my first day of pain. The next day I visited my chiropractor and found that my clavicle, humerus, and scapula were all misaligned as well, and those all got fixed right up. Having the cupping done before the chiropractic adjustment was helpful to allow the muscles and tendons to move more easily during adjustment and accept the corrected state more readily. I began to use a scarf as a sling to keep my arm both pain-free and to minimize the possibility of further misalignment. Then the magic began to happen. 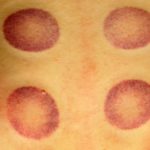 After two to three days, I had noticeably improved range of motion. That was encouraging! By day five, I was probably 70% back to full range of motion. After one week, I was 95% there. I had one more cupping session one week after the first – it was much less painful, and resulted in much less discoloration. And that was all I needed – I was back to 100% in the next couple days.

It felt like magic – not quite as instantaneous as its usage in the 2010 version of The Karate Kid… but I was amazed! I had seen cupping therapy work this quickly on clients of mine, but I thought with the intensity of the pain, it would have taken longer. My chiropractor said recovery time is usually around six weeks for this type of injury. Six weeks! Seven to ten days is so much better than that. From just two cupping therapy sessions at Renu. 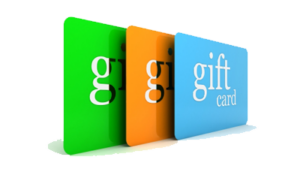 Copyright 2022. All Rights Reserved I Website Design by Bizzy Bizzy

This site uses cookies. By continuing to browse the site, you are agreeing to our use of cookies.

We may request cookies to be set on your device. We use cookies to let us know when you visit our websites, how you interact with us, to enrich your user experience, and to customize your relationship with our website.

Click on the different category headings to find out more. You can also change some of your preferences. Note that blocking some types of cookies may impact your experience on our websites and the services we are able to offer.

These cookies are strictly necessary to provide you with services available through our website and to use some of its features.

Because these cookies are strictly necessary to deliver the website, refusing them will have impact how our site functions. You always can block or delete cookies by changing your browser settings and force blocking all cookies on this website. But this will always prompt you to accept/refuse cookies when revisiting our site.

We fully respect if you want to refuse cookies but to avoid asking you again and again kindly allow us to store a cookie for that. You are free to opt out any time or opt in for other cookies to get a better experience. If you refuse cookies we will remove all set cookies in our domain.

We provide you with a list of stored cookies on your computer in our domain so you can check what we stored. Due to security reasons we are not able to show or modify cookies from other domains. You can check these in your browser security settings.

These cookies collect information that is used either in aggregate form to help us understand how our website is being used or how effective our marketing campaigns are, or to help us customize our website and application for you in order to enhance your experience.

If you do not want that we track your visit to our site you can disable tracking in your browser here:

We also use different external services like Google Webfonts, Google Maps, and external Video providers. Since these providers may collect personal data like your IP address we allow you to block them here. Please be aware that this might heavily reduce the functionality and appearance of our site. Changes will take effect once you reload the page.

The following cookies are also needed - You can choose if you want to allow them: